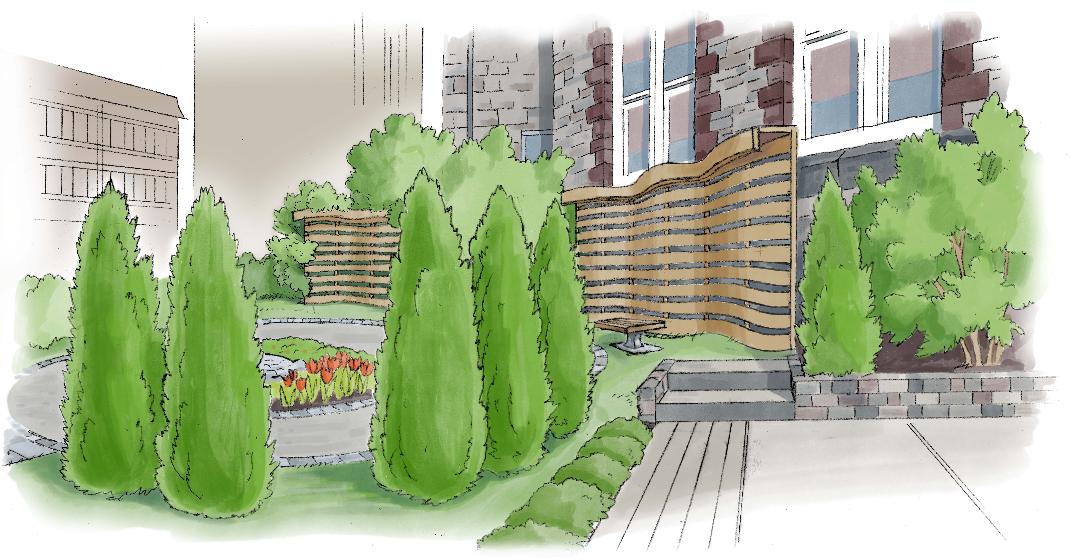 ”Help us to open our hearts to others, pay attention to our thoughts, words and actions, notice when we have hurt others and change our behaviour in the future. With this Heart Garden we honour the children who were lost or survived the Indian Residential System.

This was our prayer with the children of Trinity-St. Paul’s, Bathurst and Bloor Street United churches as we made hearts that were sent to the closing ceremony of the Truth and Reconciliation Commission in 2015 and planted others in the developing Heart Garden on the North-West side of Trinity-St. Paul’s.

That spring we planted tulip bulbs in the form and colours of a Medicine Wheel. Every year they bloom gloriously: red, yellow, black (dark purple) and white. The Medicine Wheel represents the four directions: east, south, west and north and the need to find balance between our physical, spiritual, emotional and intellectual selves.

We have been working with Jacqui Lavalley, an Indigenous elder, to guide us in planting and harvesting the four sacred medicines: tobacco, sage, cedar and sweet grass. Each year the children have helped us harvest these medicines and make fresh hearts to “plant” in the centre of the garden.

This past June during our “Paying Rent” service we began outdoors with Jacqui, Steve Teekens (E.D. of Na-Me-Res) and Sue Crow Eagle (Two Spirited person, drummer) to plant the tobacco, remember the power of the Spirit and to honour and give thanks to Mother Earth.

The Heart Garden is a response to the TRC’s call for permanent reminders of the residential school history. Its goal is to create a welcoming public space for reflection on a very well trafficked corner of Toronto as well as an outdoor space for ceremony. The garden expresses our sorrow for the loss and abuse of so many Indigenous children in residential schools and our hope to build public awareness towards reconciliation with Indigenous people. In the garden, against the backdrop of a church built during the same era that the residential school policy began, we honour Indigenous spirituality.

The drawing of the garden illustrates our developing plans. We have hired Solomon King, an Annishinaabe artist who designed The Restoration of Identity garden in Nathan Philips Square, to do the landscaping in summer 2019. The wooden screen has been approved in principal by the TSP board and we are accepting proposals to do this work. The screen is designed in a wave pattern symbolizing energy waves shaped by the circle of creation, on which poetry of lament and the promise of regeneration, written by Indigenous writers, will be inscribed. Future plans will feature a sculpture.

We have received a Seeds of Hope grant of $10,000 from the United Church, to add to the commitment of funds by the congregation. Fundraising in the wider community will help cover the remainder of construction costs. 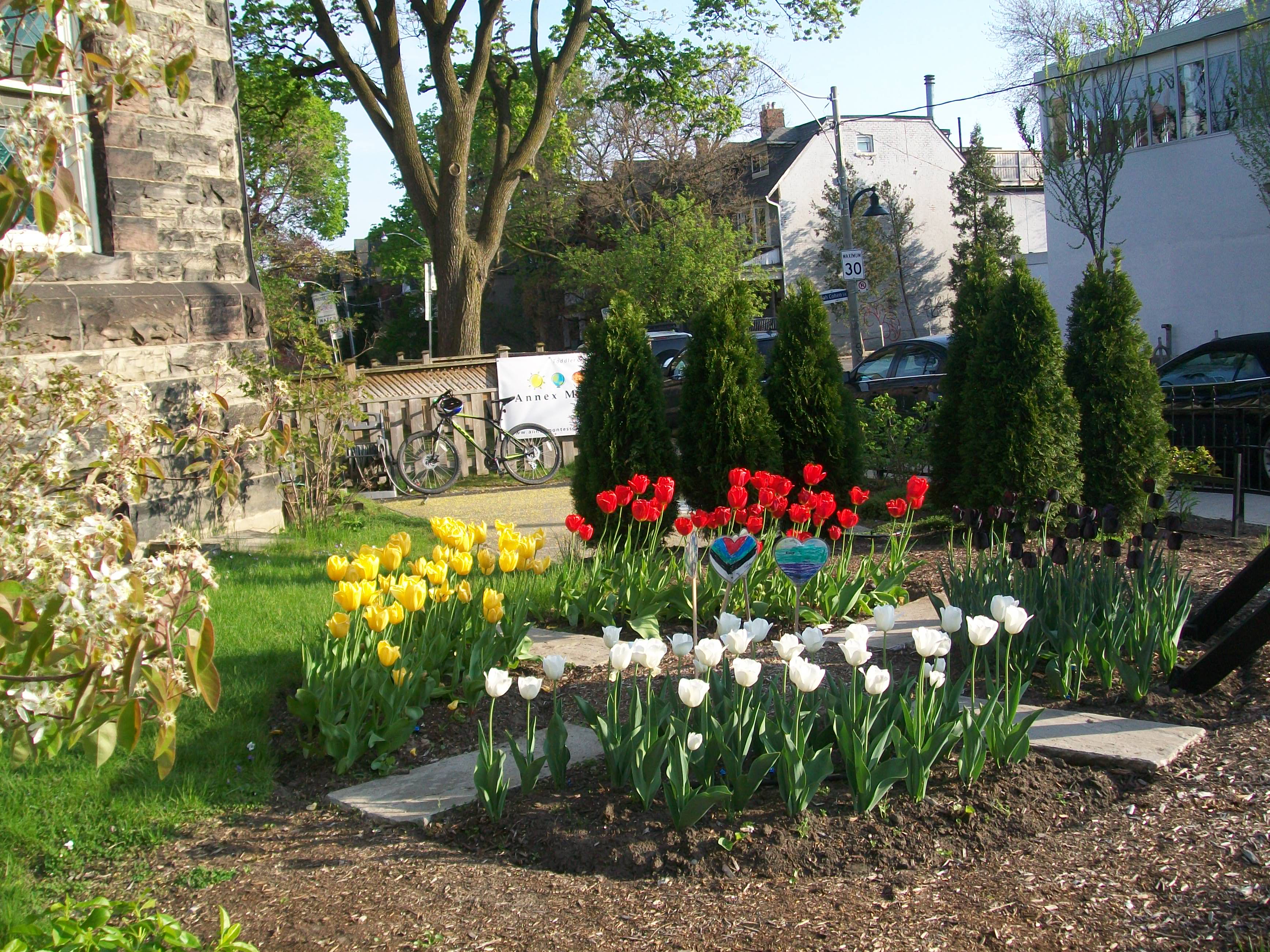 “My mind empties, my heart opens, my spirit soars.

From Embers, One Ojibway’s Meditations